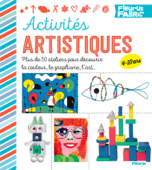 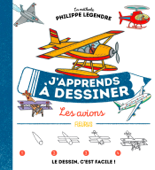 “Catch me and you can have me.”

He studied her eyes. “‘Have me’ meaning…”

“Have me for the night.”

“For the purpose of…”

“For any purpose you want, although I’ve got a pretty good idea what that purpose will be. Even virgins aren’t that dense.”

While house-sitting at a waterfront estate, sweet, straight-laced Harley is stunned by the arrival of her employer’s supposedly dead son, an Alaskan bush pilot with a bad boy rep who’s been wounded in an airplane crash. Coming home after years of estrangement—and a stint in prison—to make amends with the old man is difficult for Tucker, but not half as difficult as keeping his distance from the super-sexy but virginal Harley while they share the house, awaiting his father’s return.

Having given up on the idea that he’ll ever fully heal from his ravaged leg, Tucker balks when Harley urges him to swim as physical therapy—until she adds a unique incentive: “Catch me and you can have me.” Her certainty that he’ll never be able to swim that fast evaporates when he embarks on a rigorous training regimen, determined to claim her as his prize. But when she unearths the dark secret in his past, will she still be willing to pay up when the time comes?

The Black Sheep, formerly titled Hale’s Point, is a full-length novel that is Book 1 of the North Moon Bay contemporary romance series, but can be read and enjoyed on its own. It was honored with Romance Writers of America’s Golden Heart Award.

“Patricia Ryan creates a richly blended texture of passionate desire and tender love to keep our hearts aflame through each and every page.” RT BookReviews

“An amusingly tender and emotionally poignant glimpse into the souls of two people wounded by the very ones who should have nurtured them.” Affaire de Coeur

Contemporary Romance and Romantic Suspense by Patricia Ryan: (Other authors have started publishing in this genre as “Patricia Ryan,” which has led to confusion. Any full-length contemporary novel that is not on this list was written by someone else.)

Deep in the Night

Good to be Bad

About the Author: Patricia Ryan is the USA Today bestselling author of more than two dozen romances and mysteries, including the #1 national bestseller Still Life With Murder, written as P.B. Ryan. A RITA® winner and four-time nominee, she is also the recipient of two RT BookReviews Awards. Subscribe to her newsletter by visiting patricia-ryan.com. 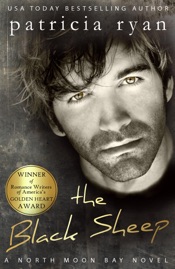 Top Reading The Maidens Golden Girl Greenlights A Court of Mist and Fury A Love Song for Rebels A Kingdom of Flesh and Fire The Night Watchman A Court of Thorns and Roses The Subtle Art of Not Giving a F*ck The Effing List The Cellist The Disappearing Act Fast. Feast. Repeat. The Hotel People We Meet on Vacation Girl, Taken (An Ella Dark FBI Suspense Thriller—Book 2)