J.J. Graves is back in Bloody Mary, but she's a long way from feeling at home. Between her physical scars from being the target of a murderer and the emotional scars left by her parents, she doesn't know who she can trust. But death doesn't stop for anyone.

The first murder is grisly. The second even more so. And though things are shaky between them, she and her best friend, Jack, have no choice but to join forces and find the killer. Because the life of someone they love dearly hangs in the balance. 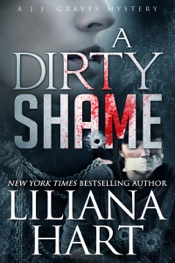