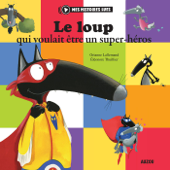 If you could steal things from dreams, what would you take? Ronan Lynch has secrets. Some he keeps from others. Some he keeps from himself. One secret: Ronan can bring things out of his dreams. And sometimes he’s not the only one who wants those things. Ronan is one of the raven boys — a group of friends, practically brothers, searching for a dead king named Glendower, who they think is hidden somewhere in the hills by their elite private school, Aglionby Academy. The path to Glendower has long lived as an undercurrent beneath town. But now, like Ronan’s secrets, it is beginning to rise to the surface — changing everything in its wake. Of THE RAVEN BOYS, ENTERTAINMENT WEEKLY wrote, “Maggie Stiefvater’s can’t-put-it-down paranormal adventure will leave you clamoring for book two.” Now the second book is here, with the same wild imagination, dark romance, and heart-stopping twists that only Maggie Stiefvater can conjure. Praise for THE DREAM THIEVES: * "Richly written and filled with figurative language…this story of secrets and dreams, of brothers and of all-too-real magic is an absolute marvel of imagination and an irresistible invitation to wonder." --BOOKLIST, starred review * "Mind-blowingly spectacular… Stiefvater's careful exploration of class and wealth and their limitations and opportunities astounds with its sensitivity and sophistication. The pace is electric, the prose marvelously sure-footed and strong, but it's the complicated characters…that meld magic and reality into an engrossing, believable whole." -- KIRKUS REVIEWS, starred review * "A paranormal thriller…this installment [is] more tense and foreboding than its predecessor–and every bit as gripping." -- PUBLISHERS WEEKLY, starred review * "A complex web of magical intrigue and heartstopping action." -- THE BULLETIN, starred review * "Readers who want a moody chill and appreciate an atmospheric turn of phrase will want to spread more time in Henrietta." -- SCHOOL LIBRARY JOURNAL, starred review 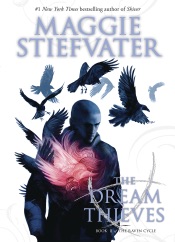